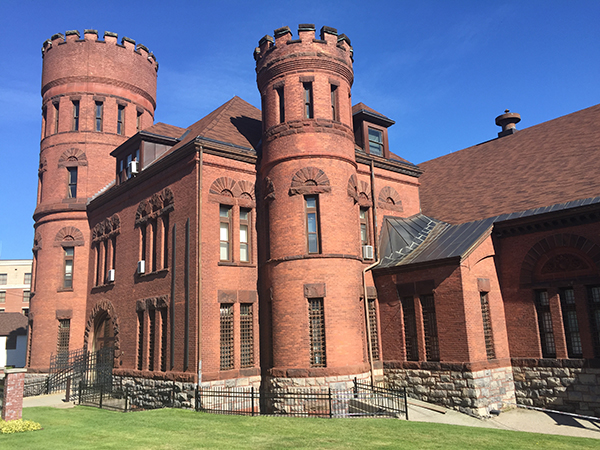 The mission of the museum and research center is to preserve, interpret and disseminate the story, history and records of New York State’s military forces and veterans. The collection is divided into the museum and the library/archives holdings.

Begun in 1863, the collection has not had a secure, permanent home until the Governor announced in 2001 that the historic armory in Saratoga Springs, NY would be renovated to house the collection. The building, designed by Isaac Perry and constructed in 1889, is a fine example of armory architecture that was popular in upstate New York in the late 1800’s.

The museum houses over 10,000 artifacts dating from the Revolutionary War to Desert Storm that relate to New York State’s military forces, the state’s military history and the contributions of New York’s veterans. The artifacts include uniforms, weapons, artillery pieces, and art. A significant portion of the museum’s collection is from the Civil War. Notable artifacts from this conflict include Colonel Elmer Ellsworth’s (the Union’s first martyr) uniform, the medical kit of Jubal Early’s surgeon, and the uniform and bugle of Gustav Schurmann (General Philip Kearny’s boy bugler). Included in the museum are significant holdings relating to New York’s 27th Division in World War I and World War II and notable state military regiments such as the 7th (Silk Stocking Regiment), 69th (Fighting Irish), 71st, and 369th (Harlem Hell fighters) New York Infantry.

The library and archive holdings in the Veterans Research Center include a 2,000 volume library of military and New York State history, over 6,000 photographs, unit history files, broadsides, scrapbooks, letters and maps. Highlights of the library and archives material include over 2,300 Civil War photographs, a collection of Civil War era newspaper clippings arranged by New York units, and New York National Guard service cards and service records dating from the 1880’s to 1965.

The Research Center Collection can be searched here.

The museum is closed on
all New York State & Federal Holidays.

Due to staffing concerns the museum
can no longer accept telephone inquiries.

The museum floor is completely accessible for people using wheelchairs.

There is no admission charge to visit the museum or any of the exhibits.